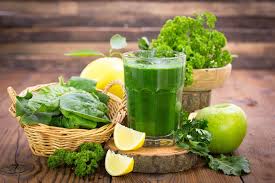 In Self Mastery, Transformation

About Your Belly Fat!

I’m currently on the outskirts of Bodrum, Turkey undergoing a two-week juice detox. It’s an opportunity for a complete bodily system clear-out allowing my digestive system a much-needed rest; not to mention reducing the risk of disease and losing weight. I’m 13 days in and the signs are telling; my skin is clearer; my eyes brighter, and I feel much lighter.  I have never not eaten solid food for such a length of time since I was a wee baby.

There is a diverse group of guests here.  I am the only Canadian but not the only one from the UK.  I have met fellow detoxers from Belgium, Scotland, England, Romania, Switzerland, Germany, France, Germany, Jordan, Finland and of course, Turkey.

“How many days are you here for?” is the opening line of conversation, often in broken English. Conversation inevitably continues with discussion of  bathrooming, optimal time in the sauna and the quality of yoga instruction.

As I observe the guests I can’t help but notice the nuances in behaviour of their cultural differences.  The Finnish woman had no problem plunging into the freezing cold swimming pool while most dare not.  The Germans have no need for bathing suits under their wraps in the coed Sauna, whilst the women of Muslim faith choose to sweat in the women’s only sauna where they are appropriately covered.  Some people hate the spicy vegetable broth that we are free to drink at our heart’s content whereas others love it.  Others wear warm jackets when the sun isn’t shining while those from more Northern parts lay out in the fresh air.

Culture and geography have a huge impact on our thought processes. The time and place where we are born will establish thinking patterns which, in turn, create our attitudes, beliefs, values and behaviours.

If I was born in Turkey, I would likely have rich, olive skin, dark brown eyes with hair to match. I would either be wealthy or poor as there isn’t much in between.   I hear the call to mosque every day although I may not attend.  I enjoy the sun much of the year and fresh fish from the sea. Ancient Roman ruins are found all over my country and Istanbul’s skyline is replete with skyscrapers and mosques of epic proportion.   I have lemon and orange trees in my garden and date palms that keep my house shaded from the heat in summer.   There is no garbage recycling.  Turkey is where East meets West and is an ancient trading route.  Consequently, we adore spices – turmeric, cumin, sumac, mint.  My breakfast begins with Turkish coffee of course! Followed by cheese, black & green olives, butter, honey, white bread, jam, boiled eggs, sliced tomatoes and cucumbers.  I regularly deep cleanse my body with a scrub and steam in the Hammam.  My language is gender neutral, yet the status of women remains a multi-faceted, complex issue.  Women’s equality is written into the Constitution whilst the majority of the population are Muslim where the experiences of women vary widely. Therein lies the dichotomy.   Turkey is a fascinating country of bright and colourful sights, smells and contradictions.

On the other hand, what if I was born was Finland? Finland is a Nordic country that has been bullied over the centuries. It was conquered and became part of Sweden for 800 years. Russia has had their hand in the pie too culminating with the Finnish Russian War in 1939. Today, Finland is a proud, independent nation. If I had been born in Finland, I would probably be born into a family who attended the Lutheran church. The one in Helsinki is beautiful.   My life would rotate around the seasons. In the winter, I would learn to Nordic ski, ice skate, play hockey or enjoy sledding. I would witness the Northern lights where our resident reindeer roam.  My schooling would be free.   I’d learn to sauna at a very young age.  After all there is 1 sauna for every 3 people.  I would enjoy a social, progressive, open-minded culture and know that I would always be cared for. I might be fair or dark haired depending if my lineage. For breakfast I drink coffee, eat oatmeal, rye bread, jam, berries, tomato, cucumber, Karelian pie and sometimes herring. We love our herring; pan-fried, baked, pickled or in a potato salad. When it comes to the status of women, in Finland, we enjoy a high degree of equality. The first female president was voted in in 1906.  We are a long leader in recycling.  There is a keen sense of order here. Our language too is gender neutral and interestingly we don’t have a word for ‘please’. Finland is an easy place to be where most people are fairly relaxed until it comes rock music.  We love heavy metal.

Now, if I were to ask two individuals, one from Turkey and the other from Finland,

“For what in your life do you feel most grateful?”

And that is natural.  There is no right or wrong in this. If I like one answer more than the other, chances are it contains some of my values. It doesn’t make the other answer any less compelling simply because it’s further from my perspective.

We think what we think based on our conditioning and no one else in the world thinks the same way as someone else, not even twins.   That’s why being right doesn’t count.  You may be right but only from a perspective that may not be shared with others.

“In fact, every time you learn something new, you change how you see the world. The world hasn’t really changed; only your perception of it has changed.”

Author, Breaking the Habit of Being Yourself

Years ago, when I was an international cross-border advisor/business developer for big, Canadian bank, I was asked to speak at a conference in Tel Aviv, Israel. Thankfully, I received coaching before I arrived.  I learned that Israelis are extremely blunt.  The thing to do to earn their respect is to be just as blunt back.  I found myself saying things to people that I thought were rude, but they didn’t. I was out of my nice Canadian comfort zone.

There I was on stage giving my talk. When I looked around the audience, I saw 400 people looking up at me with daggers in their eyes. I thought to myself, ‘These folks take being pushy to the next level!”.  I was told not to be intimated so on I went.  Over time, their angry eyes softened.  Then they started smiling and I could feel the warmth of the audience. Afterwards, a number of them came up to me and introduced themselves and continued to ask questions. It appeared I had some fans.

It was one of the most surprising experiences of my life. I really didn’t know what I did to change the temperature of the audience so radically.

By the way, I was one of a number of speakers from N. America.   I just happened to be the only woman. I wasn’t Jewish, nor did I speak Israeli and near as I could tell, the only one who hadn’t been to Israel before.

When the smoke cleared, and everyone had gone home, one of my co-speakers from Toronto shared this,

“Pam, most of the ‘bankers’ who come to Israel talk about the benefits of not keeping money in Israel.  People here are usually told their money would be safer in Switzerland or New York. Moving one’s money out of Israel is seen as anti-Zionist and offensive. You didn’t do this.  They really appreciated what your topic.”

Wow, who knew? Little old me seen as an anti-Zionist!

“Zionism is a movement for (originally) the re-establishment and (now) the development and protection of a Jewish nation in what is now Israel.”

Meanwhile back in Turkey. When I met the resident doctor of the detox centre on my first day here, he said to me, “Clearly we need to discuss a regime to rid your body of your belly fat.”

I was taken aback for a moment but not offended.  I quickly realized that bluntness must be okay in Turkey too.  I had a little chuckle to myself.  After all, he was right.

When in Rome as they say.