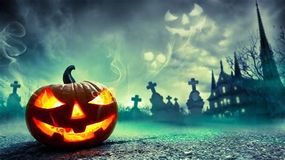 t’s Hallowe’en.  Since I’ve moved to Jersey, I have found my spirits dampened each year because Hallowe’en festivities are subdued by Guy Fawkes night or Bonfire Night.

In 1605, Fawkes was a member of a group of provincial English Catholics who planned the failed Gunpowder Plot.  He travelled to Spain to seek support for a Catholic rebellion in England without success.  Upon his return he was introduced to Robert Catesby who planned to assassinate King James I and restore a Catholic monarch to the throne.  Those who plotted against the King leased an undercroft beneath the House of Lords and Guy was placed in charge of the gunpower which they stockpiled there.  On 5th November, he was found guarding the explosives. He was then tortured over the next few days until he eventually confessed.

Just before his execution on 31 January, he fell from a scaffold where he was to be hanged. He broke his neck in the fall avoiding the agony of being hanged, drawn and quartered.  His name became synonymous with the Gunpowder Plot, the failure of which has been commemorated in Britain as Guy Fawkes Night since 5th November 1605.  His effigy is traditionally burned on a bonfire, commonly accompanied by fireworks.

I never knew about Bonfire Night before I moved to Britain.  Guy wasn’t part of the Canadian or Californian landscape.

A ritual from the modern world is Burning Man – an annual event in the Nevada desert.  Check it out to witness ‘outside the box’.

Burning Man started in 1986 in San Francisco when Larry Harvey & Jerry James lit up an improvised wooden figure on Baker Beach during the Summer Solstice.  No surprise there.  The Bay area is well known for its innovation, creativity and outlandishness.

Burning an effigy is a symbolic cleanse of toxicity allowing one to start afresh.  Out of the ashes shall the Phoenix rise – the infamous bird of Greek methodology that cyclically regenerates or is otherwise born again.  Associated with the sun, a phoenix obtains new life by arising from the ashes of its predecessor.

The senior high school I attended was brand new. The old one had burned down.  The phoenix became the school mascot and the school newspaper that I wrote for was, you guessed it – The Phoenix.  I’m partial to the symbol. :>)

Personally, I have no intention of going to Burning Man and Guy Fawkes night passes each year without much attention from me other than my annoyance that it takes away from what could be, a great Hallowe’en. This is one of those times where I miss the West Coast.

Ever since I was a little girl, I loved Hallowe’en.   In school we would plot our costumes a month in advance.  In art class, we’d make cardboard bats and witches’ hats and paste them on the windows of our classroom.

Mom would bring home pumpkins which my brothers & I would carve with glee. She’d put the pulp to good use by making pumpkin pies. Warm pumpkin pie with vanilla ice-cream on a cold and wet Autumn night was a delight.

On Hallowe’en night, mom would equip my brothers and I with pillowcases to gather candy from trick or treating.   At the end of the night, Mom would put each of our bundles in individual bowls and we’d have candy to enjoy through November.

When I was older there was grown-up fun at Hallowe’en parties where people would compete for the best costume. So much fun!

I never questioned the origin of Hallowe’en until writing this blog.  Apparently, it started with the Celts some 2000 years ago with its origins dating back to the ancient Celtic festival of Samhain.  Compared to the Celts, Fawkes was a modern-day man.

Celts celebrated their new year on 1st November, marking the end of summer and beginning of a dark winter. Long, cold winters were associated with death and the Celts believed that the night before was the boundary when the worlds of the living and the dead became murky.  They believed the ghosts returned to earth this day.

To commemorate the event, Druids built huge sacred bonfires where they burned crops and made animal sacrifices.

Mexico celebrates the Day of the Dead.   I was perplexed the first time I witnessed the celebration in Mexico. Nobody explained the significance of the day to me. People were dressed up as skeletons and ghouls.  Actually, the Mexicans, through prayer and remembrance celebrate their loved ones who have passed. Death is viewed as a natural part of the human cycle and therefore it is not considered a day of sadness.  It’s a day of celebration.

Much of what we believe is based on our cultural norm and our experiences within that culture.  There is no right or wrong in this.  We are free to believe as we choose even though some people would leave us to believe otherwise.

Have a Happy Hallowe’en!