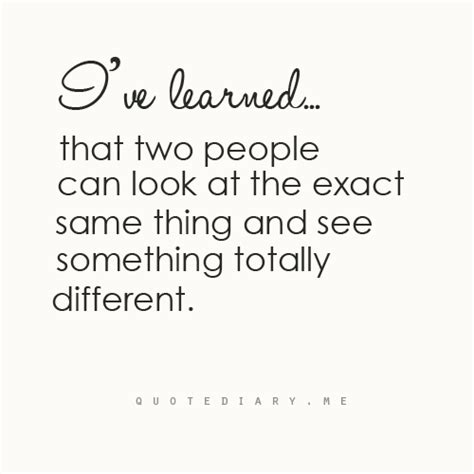 I live on the island of Jersey, the original Jersey, in the English Channel.  It is known for being an international financial centre; for its gourmet potatoes that you’ll often find on your plate at posh restaurants in London, and for the Jersey cow.  Jersey cows are now found all over the world and thanks to the export of Jersey bull semen to Rwanda, dairy products have improved dramatically.

In the past couple of years, Jersey has attracted the mega rich who now call it home.  We are seeing record numbers of private planes in our air space.  I’m not 100% certain why this is.  Certainly, our low tax regime and the Island’s beauty helps.  Additionally, one can fly to London’s airports in about 30 minutes and today, we have just three cases of Covid.  I, myself received my second vaccination yesterday and learned that Jersey is vaccinating 1,000 people per day.  For an island with just over 100,000 people, this is significant.

Jersey is safe.  Interestingly, there are no predators here.  Not a fox, a bear, or poisonous snake.  It is a melting pot of people from all over the world.  There are many people from Scotland, South Africa, Wales, England, Poland, Madeira, and Ireland.  And other smatterings of people from here and there just like me.

Before Jersey, I lived in London for a brief time.  For me, London is a country unto its own.  There seem to be very few English amongst the millions of others from around the world who live there. When I lived in San Francisco, the Bay Area attracted brilliant people from all over the world into their booming tech industry.  Vancouver, where I grew up, had a nickname, “Hong-couver” because approximately 30% of the population came from Asia.

In the Commonwealth, we speak English, as does America.  Yet, the words we use on either side of the pond differ.  What is called a ‘beanie’ in the UK, in Canada is called a ‘toque’.  What the UK call a ‘jumper’, I call a ‘sweater’ and for me, a ‘jumper’s is actually a ‘pinafore dress’.  ‘Trousers’ are called ‘Pants’.  ‘Pants’ in the UK are ‘panties’ on the other side of the pond.

When I lived in San Francisco, I dated a fellow originally from Lebanon.  We were in Macy’s and I said that I wanted to buy some thongs.  What I meant were ‘flip flops’ but as he told me later, he thought I meant ‘panties’.  He was looking forward to going to the lingerie department with me only to find we were in the shoe department.  In that instance, his perception of me ‘flip-flopped’.  Excuse the pun.

When in San Francisco, I was asked to be a speaker at a conference in Israel.  I was part of a contingent from Canada and the US to discuss issues for Israelis to consider before investing in or moving to N. America.  In essence, cross-border planning.  That used to be my forte.  I was coached how to communicate by Israelis for the Israeli market.  I was told never to say the word ‘immigrate’ because I would be considered anti-Zionist.  Instead, they told me to say ,”temporarily relocate”.  And so, I did.  When in Rome.

Much of why we think what we think is based on our culture.  Like snowflakes, no two people are alike.  We all filter information differently.  How we filter, determines our perception.  You may be judging me negatively based on your filters.  Perhaps I look like an ex-girlfriend of yours who broke your heart; perhaps I remind you of a teacher who bored you silly in school.  Either way, you’re not perceiving me for who I am.   And this is true for all of us, nobody in the world thinks like you do.

Here’s my spin on perception.  If you can’t know what I’m thinking and I can’t know what you’re thinking, then I can relax into confidence.  Because, if you are negatively perceiving me for someone you think I am based on your experience/filters, not the real me, then why  have anxiety over that?

Consider Podcast 1 from Awaken to the Best You –

How to Develop Flexibility of Perspective

From my perspective, the Covid pandemic has been a fascinating exercise in perception.  Fear has run rampant resulting in anti-vaxers, conspiracy theorists, to those who have shielded themselves away from society.  Truth has been mired in the social media quagmire so it’s not surprising.   Two people unfriended me, one for my opinion and one for my husband’s.  Amazing.  And I know for sure, both these individuals misunderstood our words.  Further proof for me that short snippets of words typed with thumbs a blazing during emotionally charged times do not serve us well.

I think, or at least hope, that many of us have learned to step into one another’s shoes during the pandemic.  Today more than ever, empathy and understanding are key.  As of April 2021, the world’s population is 7.9 billion people.  If we keep fighting each other over our own personal perception, then we live with folly.  Our DNA is more than 99% similar between any two people.  All the differences in how we look, feel, behave and differences in our health are due to less than 1% difference.

“We must become the change we want to see in the world.”  – Mahatma Gandhi

… definitely one of the ten people I would invite to dinner if I could!