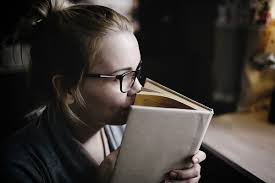 Who Pulled the Trigger?

May has been a month of surplus emotion.  My mood has been going UP and DOWN like a seesaw.

‘UPs” or feel-good emotions are a result of positive triggers whereas ‘DOWNs’ are the opposite. Some ‘thing’ or some ‘one’ pulls a trigger in our mind’s eye.  As a consequence, we experience a feeling.

Positive triggers are sensory experiences that make us feel good.  They result in creating a positive STATE OF MIND.

Another UP for me is freshly baked bread, scintillating the senses. The shape of the loaf, the way it feels to the touch, how it tastes depending what I slather on it, the sounds of the knife cutting through the crust and most of all for me, the way it smells! Such a lovely sensory delight! I’m transported to a time of after school as a little girl, snacking on bread at my friend’s house OR vividly remember the bakery where I worked in my late teens during a happy summer in Jasper, Alberta.  The Jasper Bakery, a Rocky Mountain High that brings a smile to my face.

Earlier this month some triggers sent me into a tailspin.  As a Master of NLP, I pride myself on being able to create a positive state of mind but in early May, that all went out the window with emotional currents running high.

Negative triggers, of course, are the opposite of positive triggers. Interestingly they can be caused by the same sensory stimuli. One person may fly high when listening to ‘We Will Rock You’ while another may feel blue hearing the same song. The trigger is as unique as the individual. Perhaps Queen was the best concert of your life? Perhaps you broke up with a beloved whilst ‘We Will Rock You’ streamed from your car radio?

On 7thof May, it was clear that I was experiencing a big emotional trigger. It was the anniversary of my mom’s passing.  As my mind combed over memory after memory of her, I experienced up’s and down’s. Happy times with mom; sadness for the difficult life she led; sorrow for her choices that profoundly affected her children and gratitude for the lessons I learned … missing her love, laughter and listening ear.

Mom = UP & DOWN Trigger (reflection of my life with her)

It was also natural to feel emotion when I found myself once again wearing a protective boot on my foot due to a stress fracture. Even though it’s a minor injury it took me back to 2010-2014 when I had reconstructive foot surgery on both feet about two years apart.  I had to wear a boot for months on end; months of rehab, pain and frustration.  It was a hugely challenging time that undermined my confidence to the core. I’m no longer a runner – something that I strongly identified with.

In some cases, sensory triggers are unconscious.  Going about our day, we may find we are suddenly experiencing an unexplained emotional reaction. Nothing in particular happened. I choose not to notice these when I’m happy but I sure do when I feel bad because it usually means something has rubbed up against a core value.

That is exactly what happened when I visited with some ex-colleagues that I used to work with at Big bank.

The last couple of years of my career at the Big bank were painful.  My leaving was a miserable experience too.  I was treated horribly. The place that I once adored working at grew more and more political and hungry for profit or perhaps I finally saw it for what it really was. Either way, my values were being compromised on a daily basis.  I was burned out and felt compelled to resign.  I was determined to find me again without all the rubbish of big corporate.

As I sipped on my tea, I heard their horror stories of how they left and the bank’s treatment of others.   I observed how badly they had been affected, grasping onto the good ole days hoping to replicate those times in their new roles elsewhere. They had me wondering if that was what I wanted too?

The more I listened, the more I realized how much I had changed yet they were talking to me as though I was the same. They weren’t particularly interested in what I had to say.  They didn’t see me; they saw Pam from more than a decade ago.  I found their words difficult to listen to. I became confused. I grew sad.

I found myself quite upset that evening. Their stories sucked me into a negatively charged vortex. Emotionally I was taken back to time of disenchantment and disappointment.  It took a few days to break free of that spell. I realized I was still emotionally invested in ‘those’ times and that investment has been holding me back from living my true potential.  Well no more!

With eyes wide open, I was able to turn my melancholy around and change my ‘STATE’ to feel great!

Sometimes we aren’t aware of our negative triggers. They are indeed tucked into our subconscious.  Sometimes it takes a storm to clear the air.

A storm is the chance to let the past go, achieve the wisdom of hindsight and set a new direction with confidence.

“What matters most is how well you walk through the fire.” – Charles Bukowski